Success for Both Toyota Gazoo Cars in 24h Nürburgring

The Nürburgring in Germany is perhaps the most fearsome track in Europe- so to tackle it for a full 24 hours endurance race must be considered as one of the biggest challenges in world racing. Despite this, 2 cars from Toyota Gazoo Racing lined up alongside 156 other cars in very hot temperatures to try and complete the race.

Toyota Gazoo Racing have always used this race as a place to test Toyota’s best staff and newest vehicle technology. The road-like surface of the track means its often referred to as the “holy grail of new car development”, with that in mind TGR entered two cars for the first time ever since their debut in 2007, a Lexus LC and a Toyota GR Supra. The race was made even more difficult for the drivers due to the heat- however both cars completed the fearsome race. The LC raced in the SP-Pro division, finishing 1st in its class and 54th overall. The GR Supra raced in the SP8T division, finishing 3d in its class and 41st overall. Both cars are supported by KYB suspension and KYB electronic power steering. 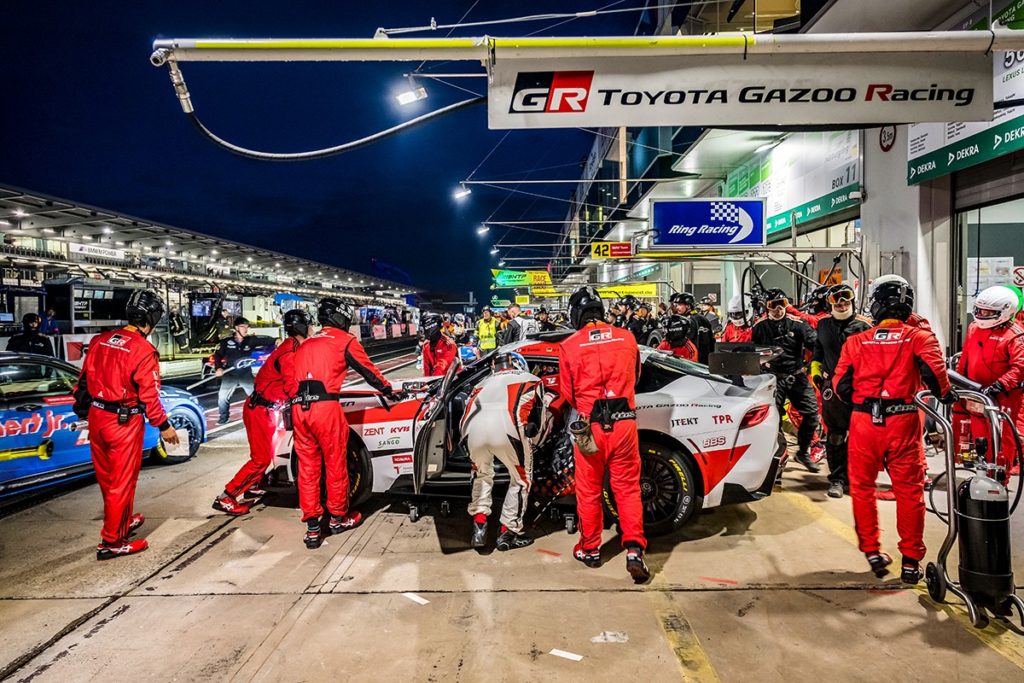