Expedition Eurasia: from Edge to Edge

The expedition “Eurasia: from edge to edge” is organised by famous Russian explorer and Toyota Russia ambassador Bogdan Bulychev, with the support of the Russian Geographical Society. The expedition will cross the continent from the eastern edge (Cape Dezhnev) to the western edge of Eurasia (Cape Roca – Portugal). In total, during the trip, the team will cover more than 25,000km. For 2 months, they will travel through 24 regions of Russia and 10 countries of Europe. The most difficult part will be the Arctic.

This project aims to establish two Guinness World Records, two European records and two Russian records. Nobody has ever connected those two extreme edges of the Eurasian continent with the same vehicles. The expedition team also wants to contribute to the awareness and development of unique regions of Russia and also to draw attention to existing environmental problems in the Arctic and the Eurasian continent.

The expedition team consists of 2 main drivers, additional driver, camera man and video operator. They are driving two vehicles a Toyota Hilux and a Toyota Land Cruiser Prado 150. Both SUVs are well prepared for driving in extreme conditions with 38-inch wheels and LED lighting. The temperature in the Arctic can drop to below -60 degrees, so the cars are equipped with thermal insulation and double glazed glass. Additional heaters were installed on both engines, a thermal blanket was placed on top, with insulating boxes covering the radiator. Fuel tanks on Hilux hold up to 350 litres and on the Prado up to 400 litres, allowing the engines to run non-stop for up to 10 days.

Most importantly, the cars are equipped with KYB shock-absorbers! 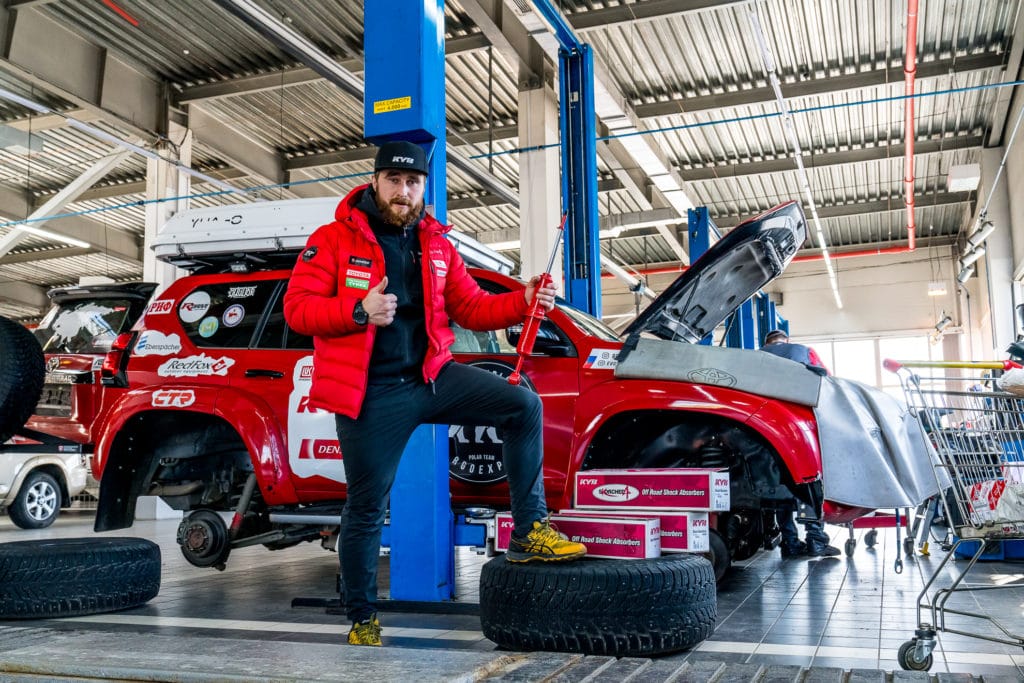 On the 1st February, the expedition started from Yakutsk. The President of the Republic of Sakha accompanied the start of the expedition.

By 22nd February the expedition reached Cape Dezhnev. The official part of the recorded route was started from there. As predicted, the Arctic part of the route was the most difficult: there were frosts below -64 degrees, a snowstorm with gusts of wind up to 23 m/s, torosses (ice blocks) on the Arctic Ocean, hard snow ridges more than one metre high and hundreds of kilometres without people, roads or civilisation. No roads, just tracks, frozen lakes and rivers. The team met local journalists and fans whenever it was possible to organise. The team successfully arrived back in Moscow at the end of March. 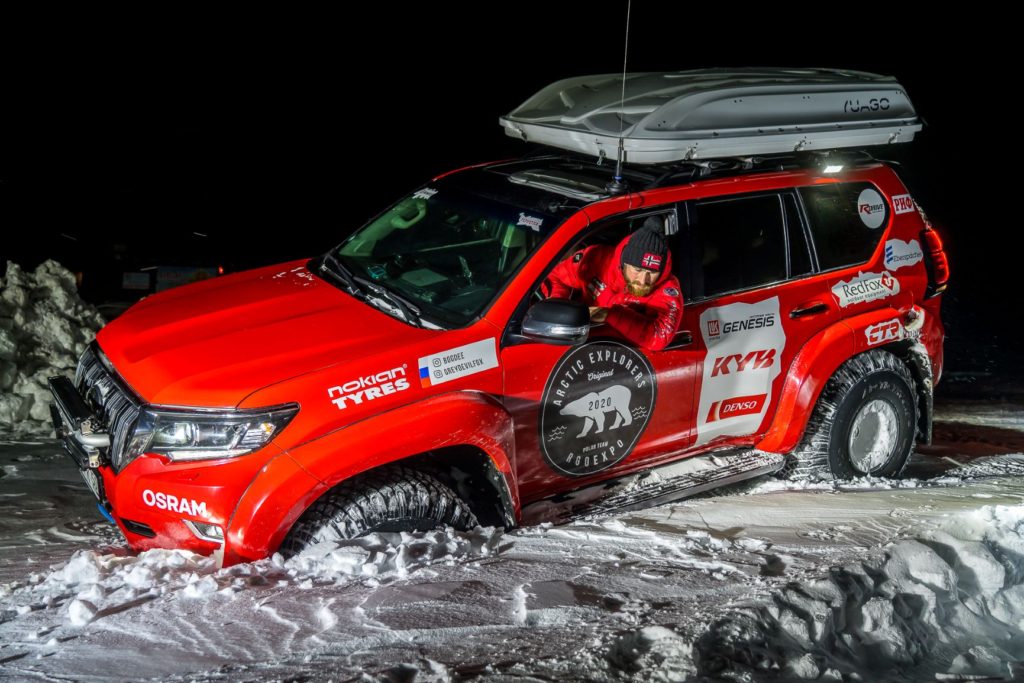 The expedition “Eurasia: from edge to edge” is now on hold. The record is not cancelled, it is postponed due to the coronavirus pandemic. Despite this, one record was successfully achieved, the expedition was the first ever to have successfully driven the Arctic route, from the eastern most part of Eurasia and back to Moscow on their own. The team has sent an official letter to the headquarters of the Guinness Book of World Records, asking the commission to grant a delay for the duration of the pandemic and allow the expedition to continue the trip and to make another record after the situation is stable.

Completing the most difficult, Arctic stage showed incredible skill and endurance of both car and team. We are incredibly proud that the KYB shock absorbers on the Toyota cars helped the team on this difficult road! We hope we can update you soon with news of the restart! 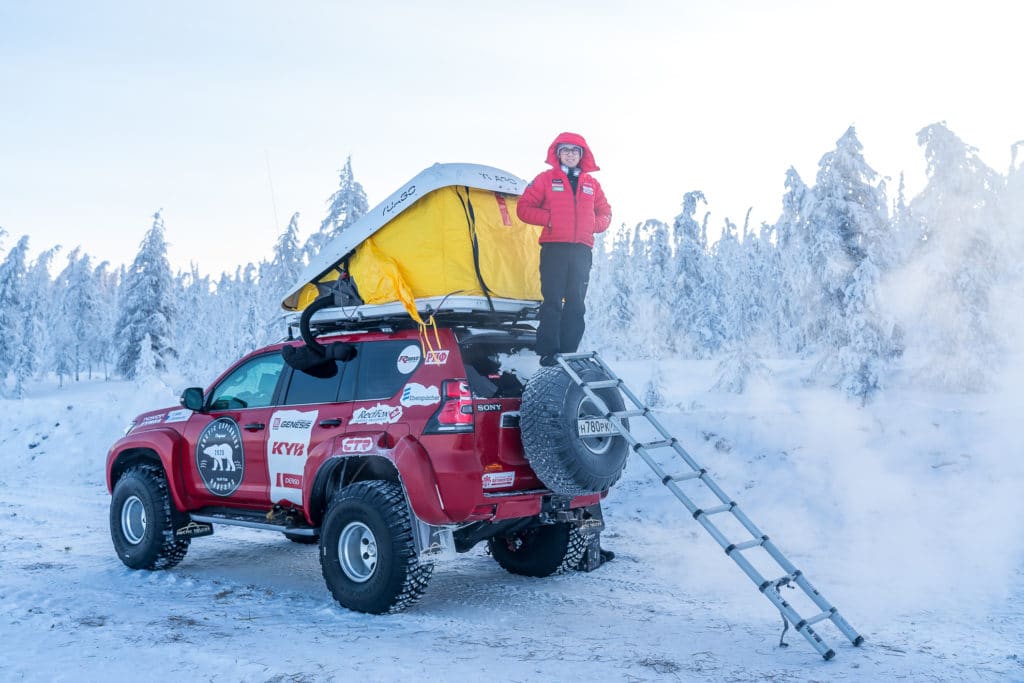