After waiting nearly a year for FIA World Rallycross to return… two events come at once!

So began one of the most eagerly anticipated WRX seasons in history. Due to budget issues arising from Covid 19, KYB Team JC driver Janis Baumanis was not able to race. He was replaced by former WRX Champion Mattias Ekström, joining current Euro RX Champion Robin Larsson in the new team. They would be racing up against former teammates, the current WorldRX Champion, and the most successful driver in the sport’s history. Not the easiest weekend to make your WorldRX team debut… 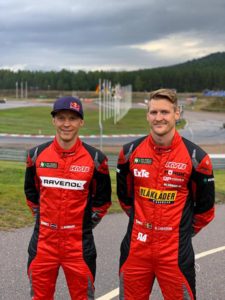 The KYB Team JC Audi S1 RX had not been resting during the extra long off season, further development and a brand new set of KYB dampers were on board to give the drivers the weapon they would need to race in this company. Q1 saw Larsson and Ekström up against Kristoffersson, the man who would be battling with them at the top across both events this weekend. The early match up would prepare KYB Team JC for what was required: to battle Kristoffersson’s Polo’s famously lightening quick starts, with their own perfect joker tactics and millimetre precise racing. Q1 finished with Kristoffersson finishing 1st overall, Ekström 2nd and Larsson 3rd. Game on.

Q2 saw the top three up against each other again. This time it would be Ekström who would come out on top, taking the win overall for Q2, with Larsson in 4th. Q3 didn’t quite go to plan. Larsson and Ekström were in the same race again, however a spin in the joker lap for Ekström gave him work to do. He managed to catch up to the main pack due to Marklund suffering from broken suspension in the GCK Bilstein Megane.

Both KYB Team JC drivers made it through to semi finals 1 and 2. Ekström got off to a great start and led from lights to flag, finishing the race with the Audi S1 RX looking spotless. The car’s damper development received praise from voice of Rallycross Andrew Coley, claiming the car looked “epic” on its way around Holjes. Unfortunately Larsson’s semi-final did not go as smoothly. Congestion on turn one saw him up on two wheels, the impact causing smoke to pour from the back of the Audi. Thankfully, the smoking stopped and Larsson was able to race on, locked in a thrilling battle with Marklund once again. Both raced hard and Larsson got in front in typical, brilliant Larsson style. Unfortunately, the stewards did not agree with us, the commentator Coley, co-commentator Rooke and #AfterTrack Judge Laura, and controversially penalised Larsson 3 seconds, costing him his place in the final.

Ekström was now in the final which consisted of no less than 3 WRX champions. In the short gap between the semi and the final, summer departed and the rain came. Heavily. The teams scrambled to change the vehicle tyres and settings, however the rain was to play into Kristoffersson’s hands, taking the win, with Ekström racing brilliantly to come in 2nd. Two weeks ago Ekström was planning his family holiday for this weekend, instead, he was stood on the second step of the World Championship podium. He wouldn’t have long to enjoy the remarkable achievement however, as round 2 was following the day after! 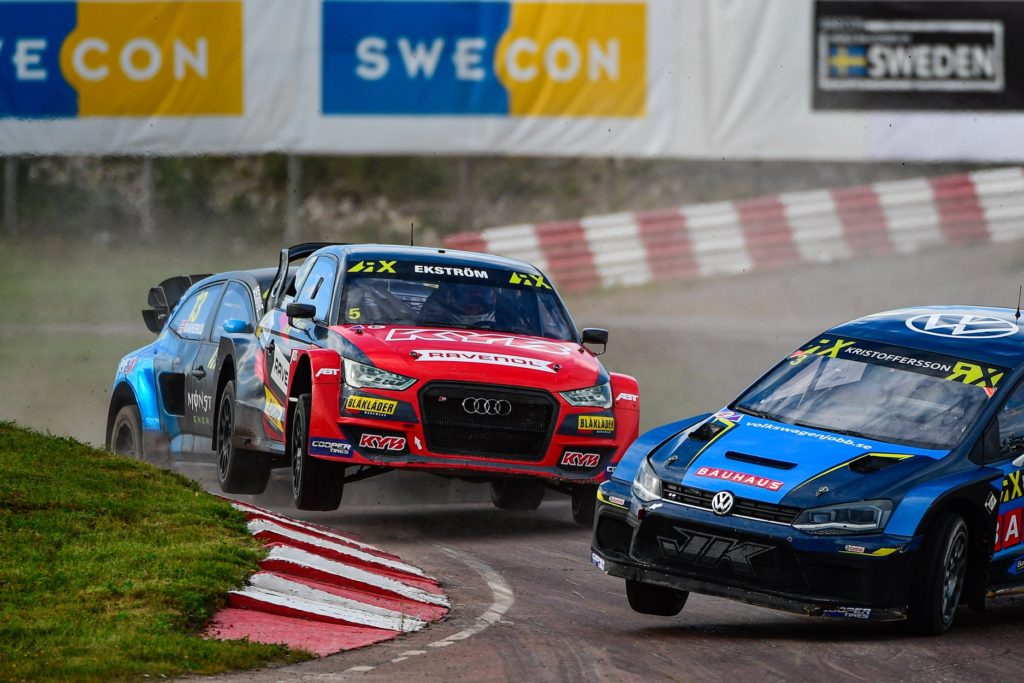