It was another weekend to remember for new the WRX team on the block, as KYB Team JC graced the podium on both rounds in Riga.

The Latvian round was the first to welcome fans on site in 2020, and they watched both KYB Team JC Audi S1s line up with Swedes Mattias Ekström and Robin Larsson as they bid to extend their lead at the top of the World Rallycross Team Championship. Ekström, currently 2nd in the Drivers’ Championship, had it all to do, having been drawn dead last in the initial grid draw.

Ekström put the bad luck of the draw behind him and stormed from last to 2nd, taking 5th overall for Q1, one place in front of teammate Larsson. Q2 went well for both drivers, and Q3 went even better.

A great start from Larsson saw him win his race, taking 2nd for Q3 and 4th overall qualifier. Ekström went one better, taking the fastest lap of the day en-route to taking P1 for Q3, and 3rd overall. 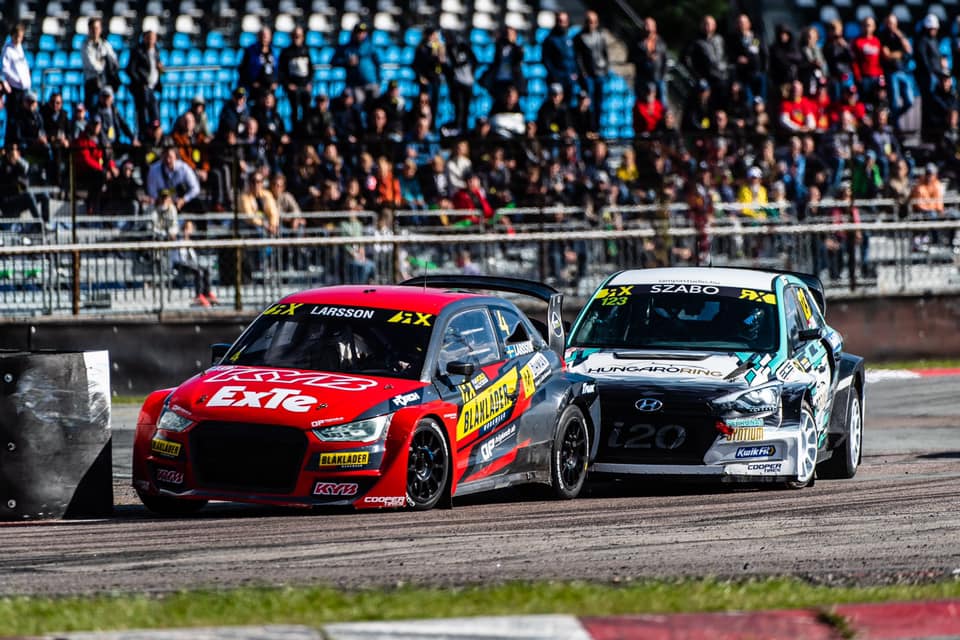 Both KYB Team JC drivers were on the front row for each semi final, and both raced well with Ekström winning and Larsson coming in 2nd to book their places in the Round 5 final.

The final saw carnage on turn 1, Larsson coming off worse with contact sending him spinning when in 3rd position. Ekström avoided trouble and took 2nd place, with Larsson finishing 6th.

Day 1 gave the team plenty to think about, the team stayed late to devise an aggressive tyre strategy and tinker with the cars’ set ups. Round 5 ended with KYB Team JC still on top of the Team’s Championship, but with the gap between Ekström and Kristoffersson in the Driver’s Championship extending to 21 points. All to play for the following day in Round 6! 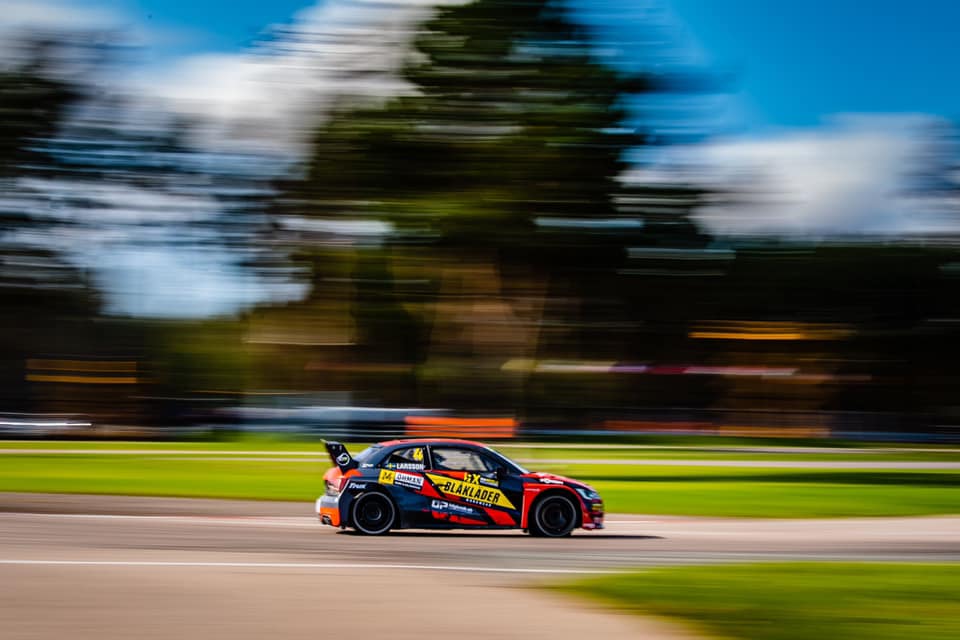