In October the World Rallycross Championship travelled to Barcelona for another double header, filling the void left by the cancelled Portugal event. KYB Team JC dramatically left the unveiling of their “mystery driver” to the last minute, to the fan’s delight Mattias Ekström had been cleared from his other commitments to be able to continue his challenge for the Driver’s Championship. He joined teammate Robin Larsson as they aimed to extend their lead at the top of the Team’s Championship. A third Audi S1 would also be in the paddock for the weekend racing for Team JC, driven by Belgian Enzo Ide.

The drama continued when the racing started, but not the kind of drama KYB Team JC would have wanted. A troublesome clutch left Ekström with poor starts throughout qualifying, it is testament to his skill, speed and determination that despite this, he still finished the qualifying in 5th position. His first race even resulted in a very rare jump start, just the 3rd of his long career, resulting in a double joker penalty. Somehow, he still finished 10th overall for that race! 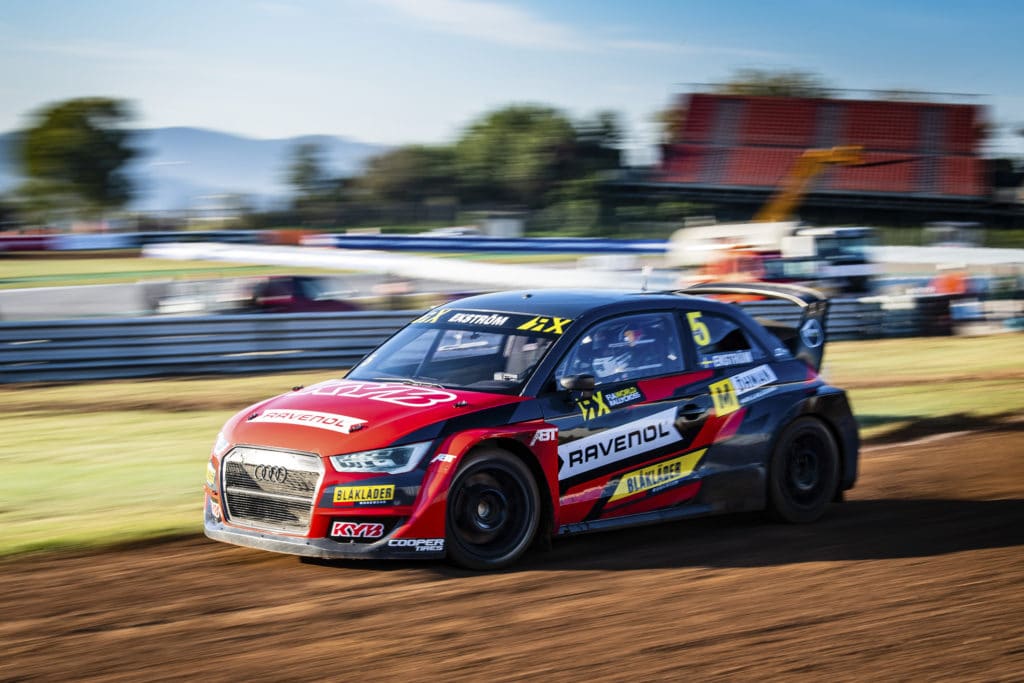 Larsson also suffered from some very bad luck in qualifying. After a great start in Q1 where he posted the 4th best time, he retired in Q2 after clipping the tyres when leading a super competitive race, the damage was worsened on landing after the jump, sending the car careering into the tyre wall. Thankfully, the tyres did their job and both Larsson and the closely positioned race steward were both OK. Larsson would later receive a 10 point penalty for Q2, which seemed harsh given other incidents across the weekend that would go unpunished. Larsson recovered in Q3 to win his race and finish 9th in qualifying, but  was dropped to 13th after the 10 point penalty was applied. Enzo Ide raced well to make his first ever WRX semi-final, however an issue with the car in Q3 was not fixed in time. His bad luck meant that Larsson made it into the semi as the first reserve.

The semi-final saw Ekström put his newly repaired clutch to the test, and it did not disappoint. He launched off the start line and went on to finish 2nd. Larsson started from the back of the grid and had too much traffic in his way to progress to the final, he finished in 5th. Ekström also had trouble with traffic in the final, where he went on to finish 5th. Team Hansen claimed a win and a podium in the final, meaning they narrowed the gap to KYB Team JC in the Team’s Championship. The KYB Team JC mechanics had plenty to work on overnight, as they aimed for a better day in Sunday’s Round 8. 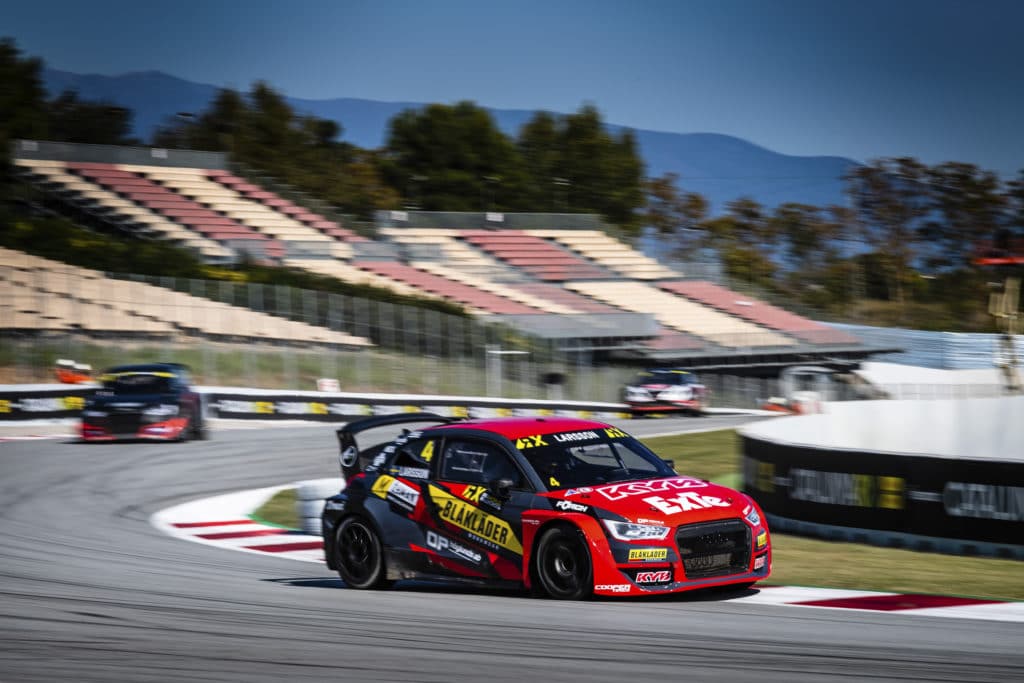