It was another late night for the KYB Team JC technicians, as they aimed to make the changes required to improve on the previous day’s Round 7. The drivers duly delivered, Ekström coming 1st and Larsson 3rd overall in Q1. This put them both in the same race for Q2, where a first lap joker strategy from Ekström, despite already being in 1st place, saw him top of the leader board once again. Larsson was also going well, before a puncture slowed his progress, leaving him with the 14th quickest time of Q2.

Q3 saw Larsson in a slow race- a quick start was essential to get out in front and post a time quick enough to get him back up the leader board and in a good spot for the semi. Unfortunately, it was in this race that his clutch decided to imitate Ekström’s problems from yesterday. A seriously slow start gave the Swede all to do, however he expertly negotiated his way around the slower competitors to put himself 7th in overall qualifying, a superb result given all of his bad luck so far. Ekström finished as top qualifier, securing front row in the semi, and winning more crucial points for the Driver’s and Team’s Championships. Enzo Ide also raced well to qualify for the semi-final. 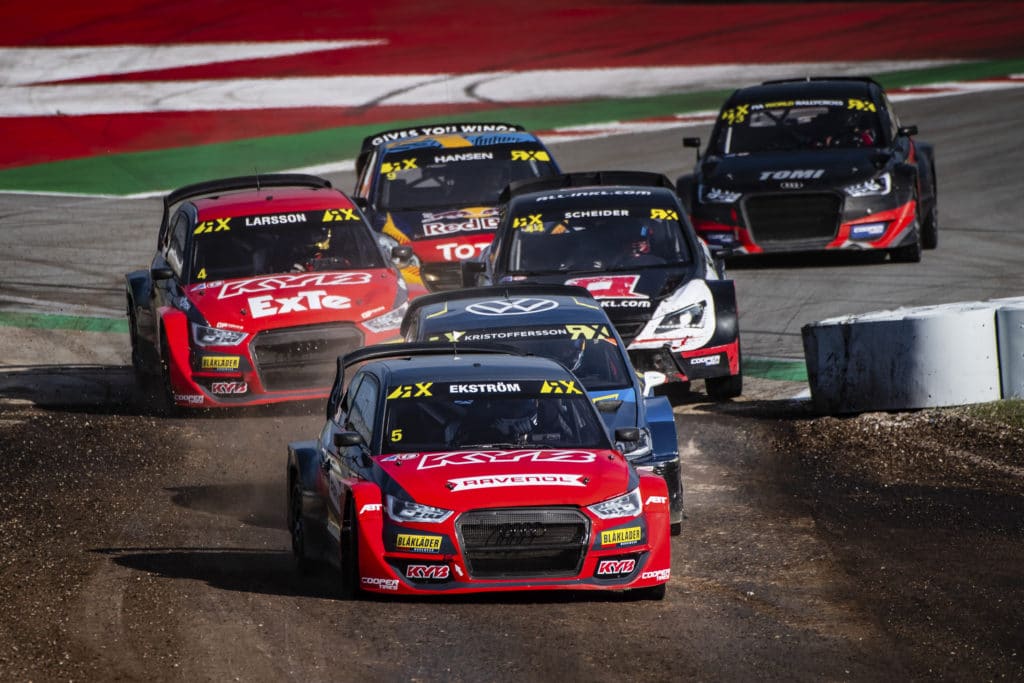 Ide was able to race in the semi-final, the Belgian’s first ever WRX semi. He went on to finish 6th. Larsson finished 3rd and Ekström 2nd to put them both safely in the final. The final was carnage. Turn 1 saw Championship leader Kristoffersson put Bakkerud into the wall. His car was sent spinning around and directly into the path of former teammate Larsson who was making good progress around the outside. Larsson smashed into the side of Bakkerud’s Megane, leaving a tense few moments with both cars stranded on the track. Thankfully they both emerged safe and well, watching on as the race continued. Ekström finished 4th in the final after an accelerator issue hampered him. 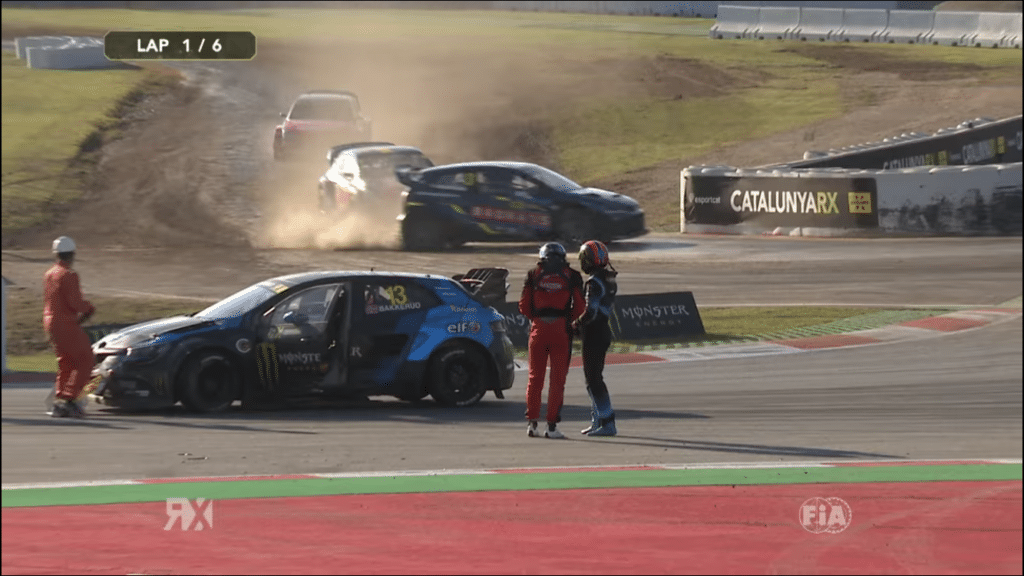 The team have now seen their lead cut to 16 points at the top of the Team’s Championship, with Larsson 6th in the Driver’s Championship and Ekström 2nd. The gap to 1st grew to 27 points, and the gap from 3rd is now 29 points. Ekström, racing with the kind permission of new employers Cupra and ABT, will now try to secure his seat for the final rounds of this unique WRX season.

KYB is a proud partner of EKS and JC Raceteknik as they battle it out for the FIA World Rallycross Championship with KYB Team JC. The cars all use KYB dampers and electronic power steering and are supported by expert KYB engineers. All eyes are now on the next race in Belgium, on 21st and 22nd November. 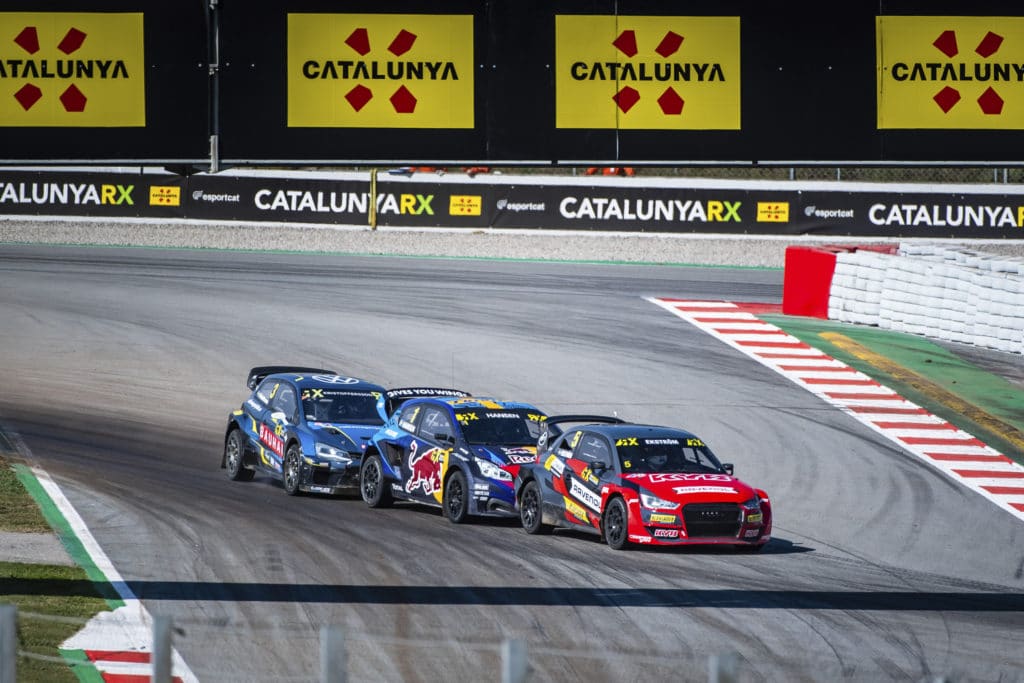