The 2021 FIA World Rallycross Championship got underway in Barcelona in typical dramatic style, where KYB EKS JC’s Johan Kristoffersson set the pace throughout the weekend and claimed a podium in his first start for the team, despite a non-score in the opening qualifying session. 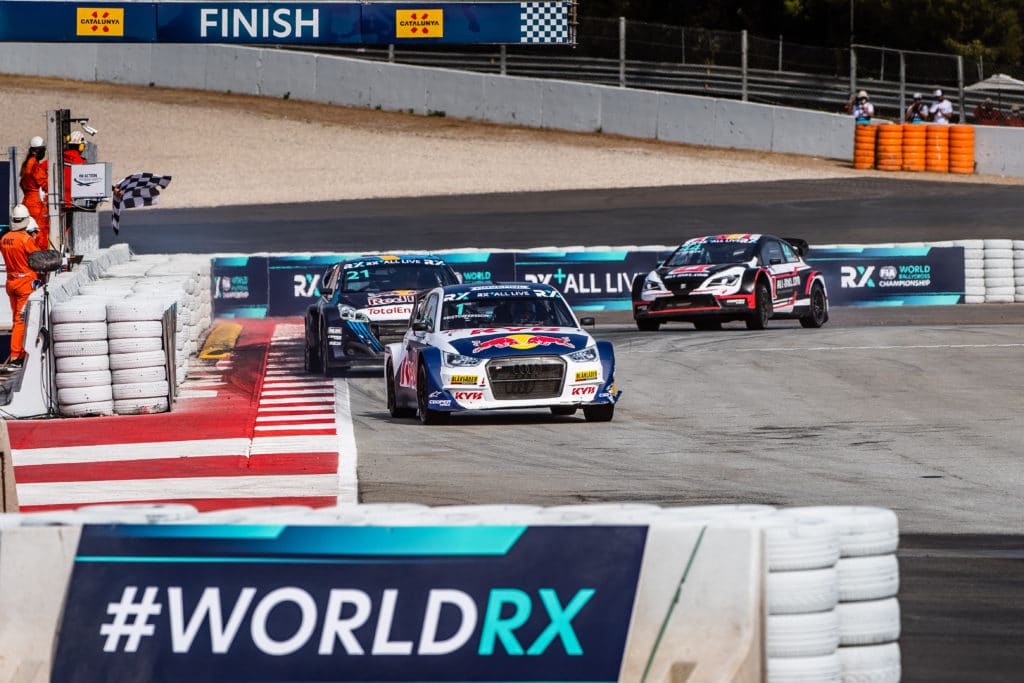 The drivers were not only battling each other, but also battling on track temperatures of 35° and in car temperatures approaching 50°. Despite that, triple World RX Champion Kristoffersson was his usual dominant self, setting the fastest time in the first free practice session of the year and then winning both Q1 and Q2 on Friday evening. However, a problem with a cable connecting the FIA data logger to the car gave the Swede a penalty for the Q1 race, losing his 50 points and leaving him down in 15th overnight. 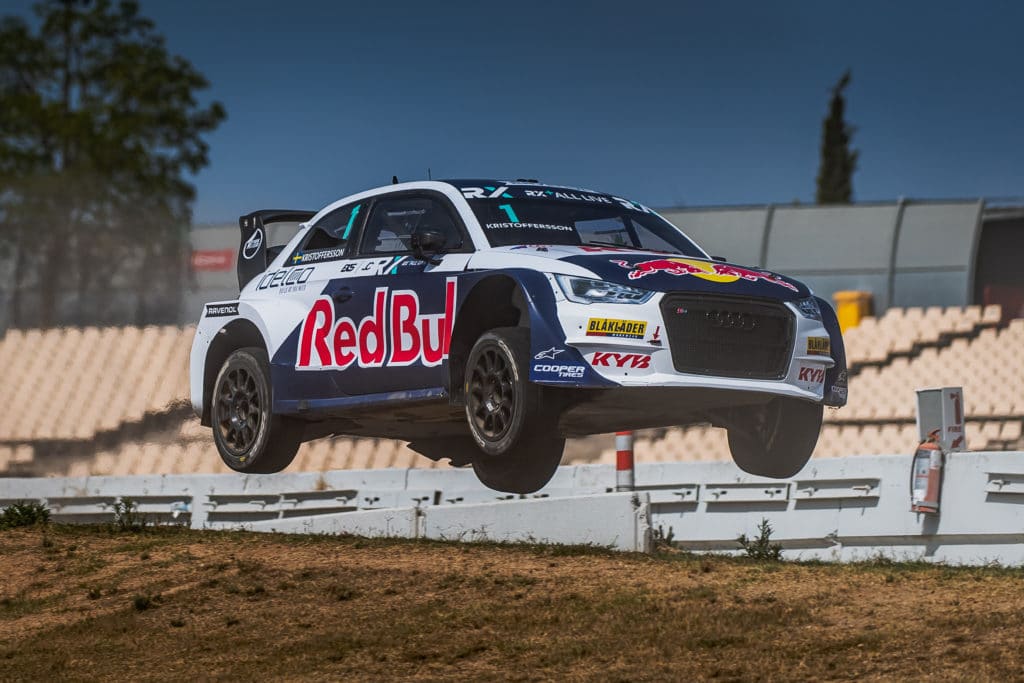 Kristoffersson battled back fiercely on Saturday with another pair of fastest times, the usually ice-cool swede was seen shouting and fist pumping after his dominant win in Q3. He quickly climbed to sixth overall to secure a second row start for the semi-finals. Second place in the semis was followed by a battle in the final where Kristoffersson finished third coming from the second row of the grid but just not able to find a way around the two Hansen cars from the front row. He lies third in the Drivers’ standings, nine points off the lead. The fastest man in Barcelona will not be used to sitting in third place and will have his eyes fixed firmly on Höljes already. 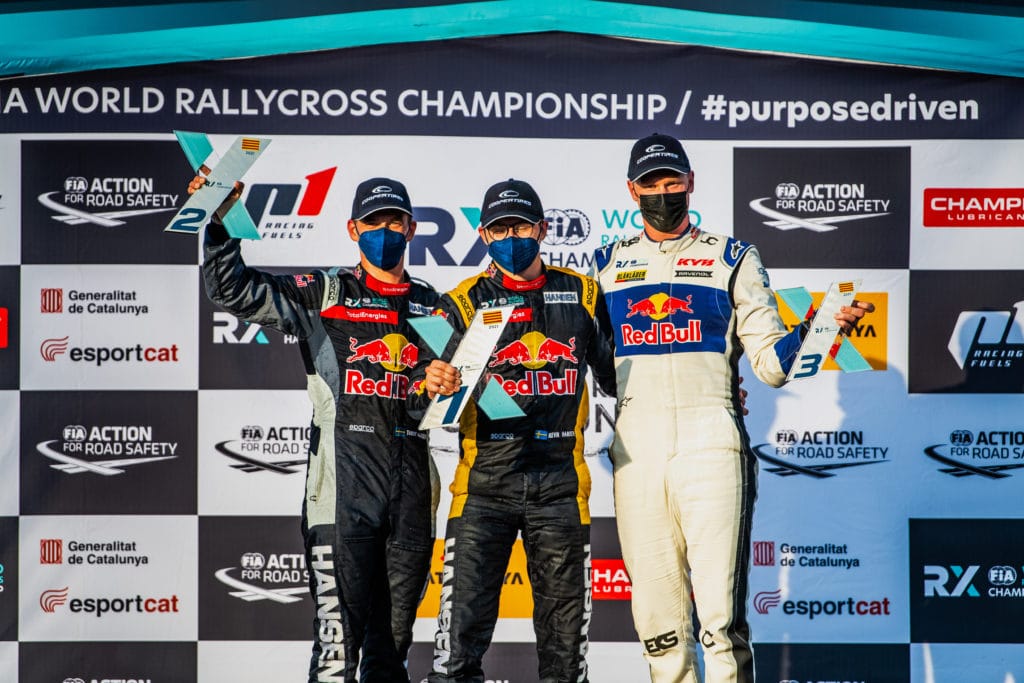 In the team’s second Audi S1 RX1, racing in his first full World RX season, Belgian driver Enzo Ide set fast pace and produced some eye-catching moments, winning a race during the qualifying phase of the event. However, a crash in Q4 meant that even after some heroic repairs and reconstruction work by the EKS JC engineers, he retired mid race in the semi-final. Ide is tenth in the Drivers’ points after round one, while KYB EKS JC is third in the Teams’ Championship. 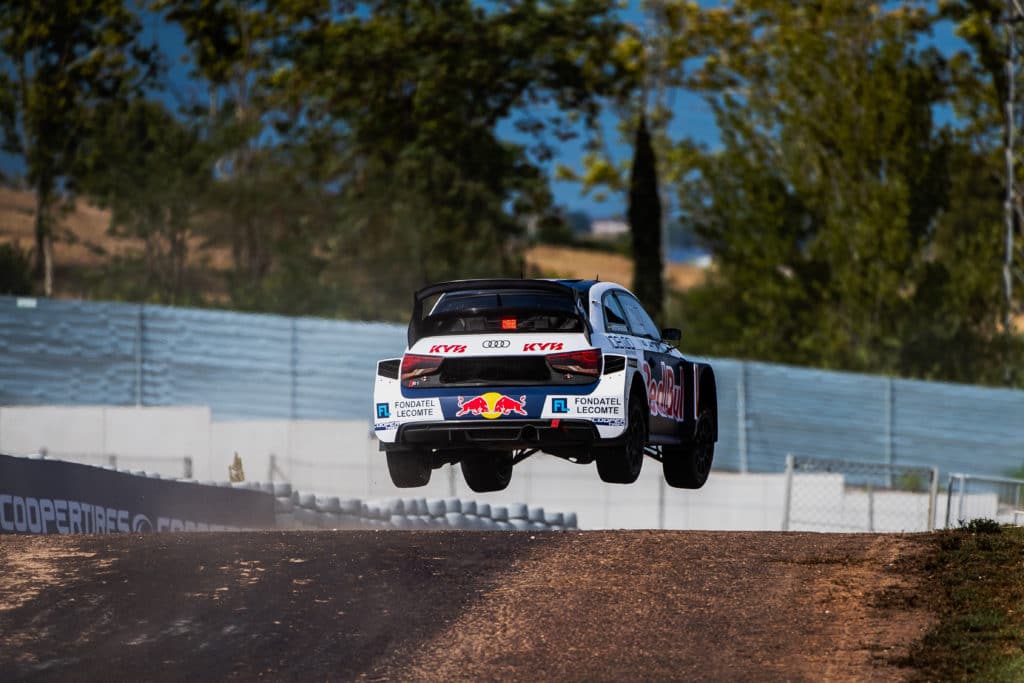 KYB is a proud partner of KYB EKS JC as they battle it out for the FIA World Rallycross Championship. Both Audi S1 EKS Quattro use KYB dampers and electronic power steering and are supported by expert KYB engineers. The next round of World RX will be held at Höljes, Sweden on August 20-22.